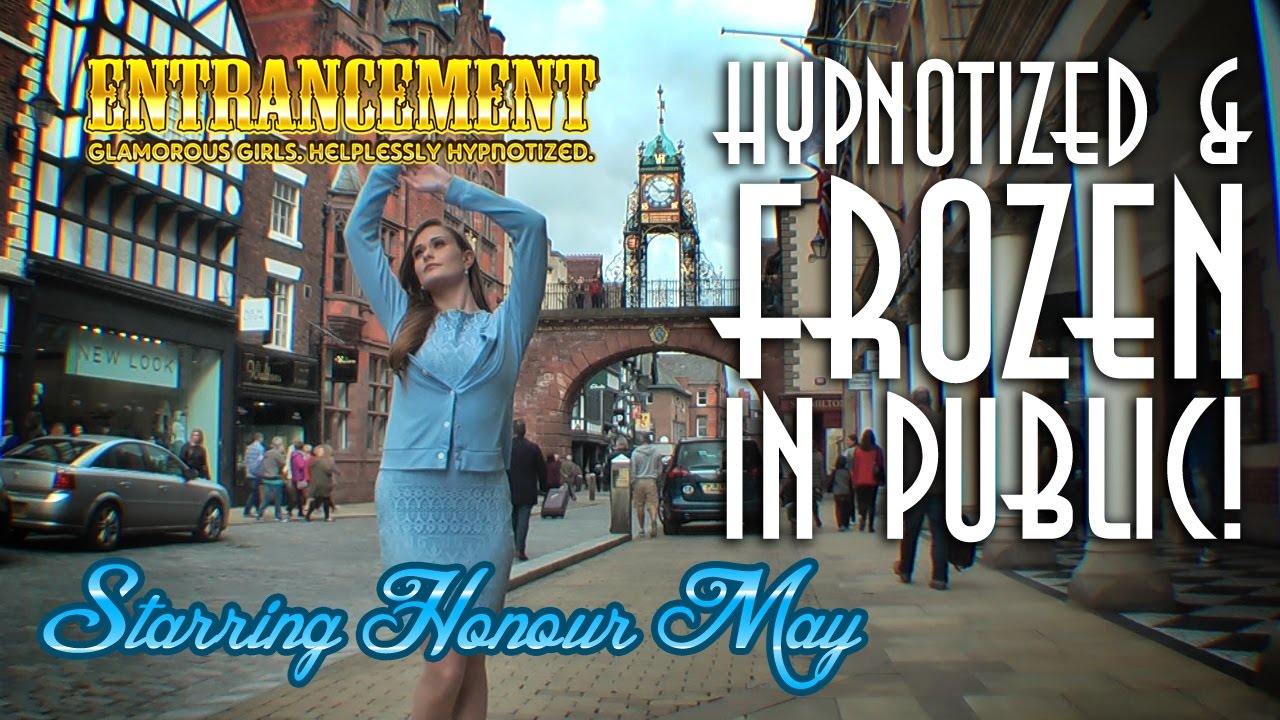 For reasons that’ll become fairly obvious, this video is split into public and private play sections.

As Britain was being ravaged by Storm Doris during our last shoot, we postponed the planned public play until this one. Honour entertains by being a puppy in the park, a tree-hugger (whether she likes it or not) and a living statue around various city landmarks.

As it’s my first time doing any form of filmed hypno play outdoors, it’s not perfect, (Lots of wind noise, I’m not *quite* sure how to deal with the fact members of the public walk past occasionally and at one point I forgot to turn the mic on.) so I’m putting that section out on YouTube for free!

For Patrons and Entrancement Plus+ subscribers, the intention is to put up an extended version that includes some more of the closeups of Honour whilst she’s frozen.

For everyone else, here’s 23 minutes of public hypno play for freeeee!

Of course once I had Honour back at my place, having her do rude things to herself becames *much* easier. 😉