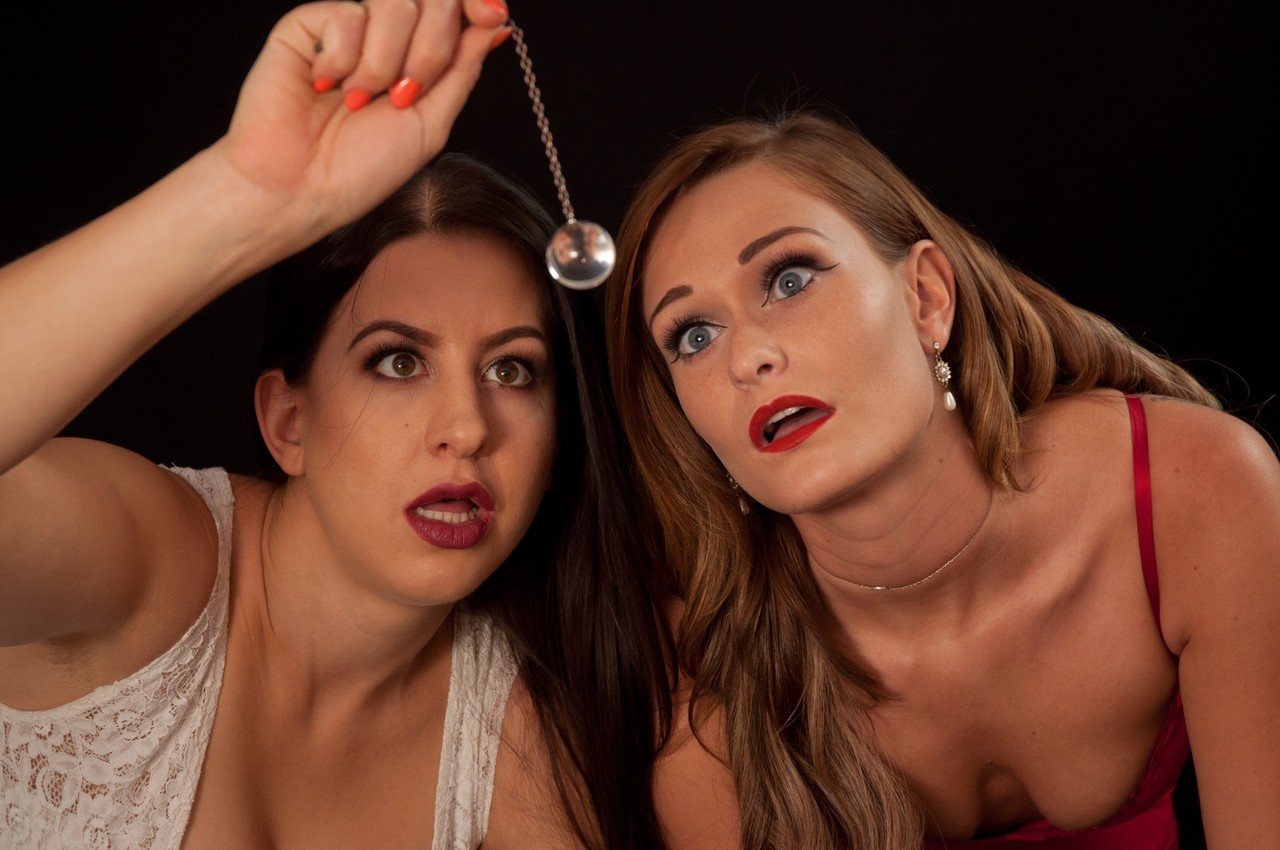 Well this was a bit of a treat! Honour and Tindra are both AMAZING subjects when it comes to being mind controlled. They’re steamy, playful, clever, utterly gorgeous… and the fact that they’re both genuinely bi and have the hots for one another meant the entire shoot was sizzling with sexual tension. Both girls took full advantage of every opportunity to play with the other whenever she was frozen, submissive or her mind was missing.

Within a minute of me starting my induction, Honour was clearly spacing out (she’s been under with me 10 times now, and regularly gets tranced in private sessions) but I used deepeners and fractionation on the pair of them for a further 5 minutes or so to get them really dropping down deep. On waking I had them totally stuck together… and a minute later they were forgetting that they’d ever met, and firmly believing that I’d invited some weird fangirl to join us on the shoot. Tindra was actually quite agitated about it, and the relief on her face when she finally remembered who Honour actually was, was palpable.

Lots of play with mental mindstates here, both girls go utterly brainless when their thoughts are turned off, and Honour barely even blinks, you’d swear she was a living doll. The ladies advertise themselves as slavegirls for sale, become strippers on command, and then there’s a “Sex Ed” teacher scene that’s pretty darn hot, with the girls in turn switching between virgin, “sex tutor” and total slut mindsets… then having virgin mindsets whilst their bodies are under the control of their slut selves who *really* want to orgasm. 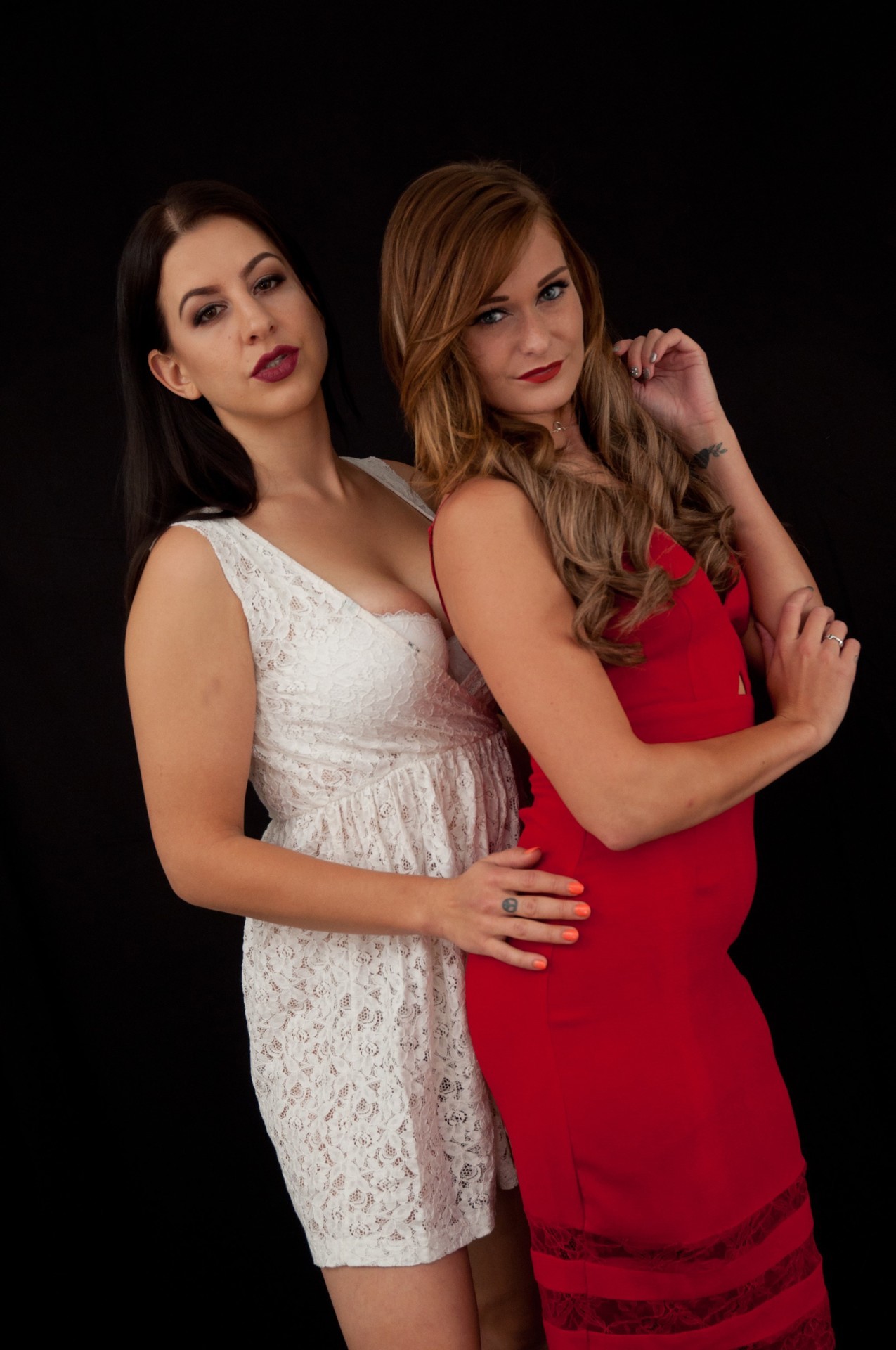